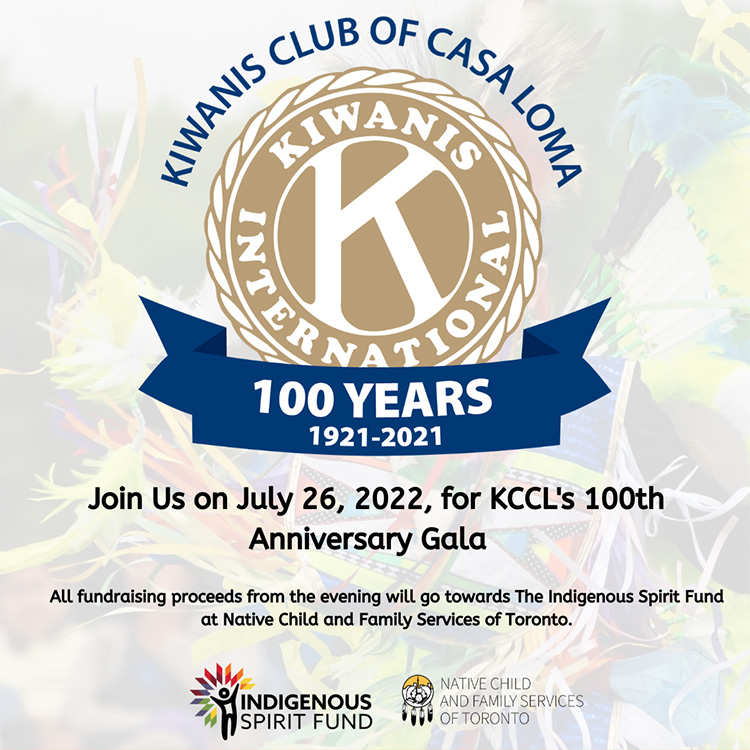 The Kiwanis Club of Casa Loma (KCCL) is celebrating 100 years of Service & Volunteerism in Toronto. KCCL is partnering with the Indigenous Spirit Fund (ISF), the philanthropic arm of Native Child and Family Services of Toronto (NCFST), to raise awareness and to build a brighter future for Indigenous children, youth and their families.

Please join us at the iconic Casa Loma for an evening of festivities. Tickets will include:

The Gala will begin at 6 p.m. and will conclude at 11:30 p.m. Buy your tickets below. We look forward to celebrating a century of service together at Casa Loma on July 26th, 2022!